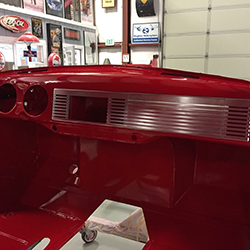 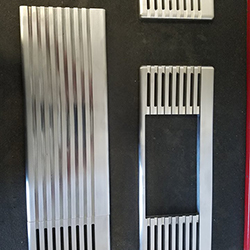 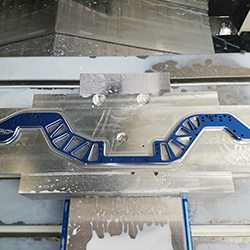 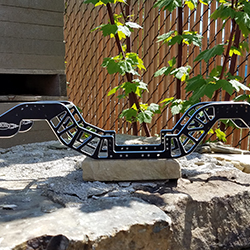 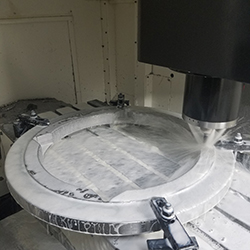 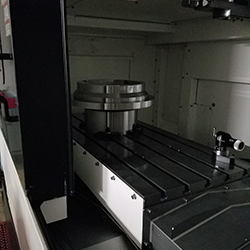 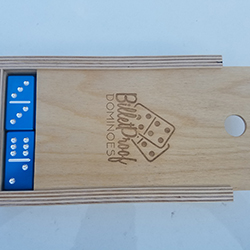 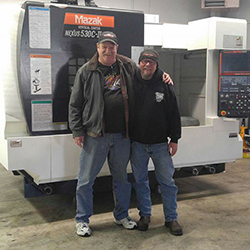 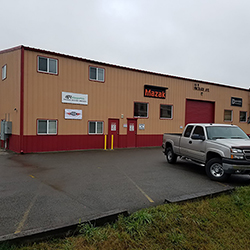 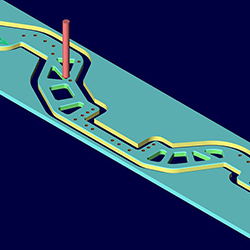 While customer satisfaction can make or break any manufacturer, HOZ Manufacturing, LLC, has made a specialty of becoming a one-stop shop with the kind of customer service that clients are unlikely to find just about anywhere else.

“They come back because of the work that we do, and because the effort and pride in workmanship that I devote to our products is the same as if they were my own,” says CEO William “Ozzie” Osterholm. “My customers are not just customers to me, and I create a personal bond with every one of them.”

Based in Hayden, Idaho, HOZ Manufacturing, LLC, is a job shop that serves a variety of customers and offers complete machining and fabrication services. The company offers prototyping, fabrication, high-speed machining in up to three axes, high-volume production, tool and die services, mold work, and engraving. HOZ also offers comprehensive design services, including those for assemblies, tooling, and fixtures.

Osterholm brings more than 20 years of manufacturing experience to the shop floor, which is where he spends the vast majority of his workday. HOZ Chief Operations Officer Donald “Hoss” Nelson contributes to the partnership with nearly 20 years of experience as a CNC mechanic and facilities maintenance technician. HOZ’s plan is for Nelson to handle the daily logistics of running the company when he relocates to Northern Idaho in the near future.

“The best thing about SURFCAM is that it gives me the ability to control everything that I need to do to get the job done.”

Parts produced at HOZ are typically manufactured in materials such as plastics, aluminum and steels, and can include just about anything, from auto and motorcycle components to parts for remote-controlled vehicles, custom one-off parts and even dominoes.

Osterholm was a long-time user of the SURFCAM Traditional computer-aided-manufacturing (CAM) solution, by Vero Software, and so the partners chose the system to handle programming needs when the company opened its doors in Hayden in 2015.

“SURFCAM has been a big part of manufacturing for me since 1998, and I used it everywhere I’ve worked,” Osterholm says. “Having SURFCAM broadens everything that I can do and allows me to spend less time in front of a computer while increasing my productivity tenfold and getting my programs out to the machines much quicker.”

To begin a job in SURFCAM Traditional, Osterholm typically imports a solid model provided by a customer or generated on site with computer-aided-design (CAD) software. He remains both flexible and creative when tackling new jobs and appreciates the ability of SURFCAM Traditional to seamlessly import a wide range of CAD file formats.

“I’ve even reverse engineered jobs when I’m given broken parts and asked to replicate them,” he says. “I get pretty much everything: 2D prints, solid models, wireframes, .dxf files — you can pretty much open anything in SURFCAM.”

“I like the fact that I have control over everything that I do in SURFCAM, which does exactly what I want it to,” Osterholm explains. “The best thing about SURFCAM is that it gives me the ability to control everything that I need to do to get the job done.”

Osterholm also appreciates that SURFCAM enables the user to retain control over part orientation and lead-in and lead-out moves. “I like having the control over the software, though the options it gives you are obviously of both worlds, automatic and manual. There are so many different avenues to approach the job using the software, which gives the user a lot of power and confidence.”

The additional Multi-Cut machining cycles are among the specialized cycles available within SURFCAM Traditional used at HOZ Manufacturing, as it is ideal for machining complex surfaces, and particularly those with a “wavy” appearance. Multi-cut allows Osterholm to machine single or multiple surfaces in a variety of cutting patterns.

“With the Multi-Cut cycles, you can select all of the surfaces and get a nice, uniform cut without any blend marks,” he says. Likewize, the planar 3-axis machining cycle enables Osterholm to efficiently generate toolpath to machine multiple surfaces.

Interface customization in SURFCAM Traditional makes it simple to identify, differentiate, and program part features. By assigning colors to varying features, Osterholm can quickly identify features, such as holes, to be machined, and quickly spot mistakes when they are made.

“The ability to color-code your lines and use your masking to show minimum and maximum diameter holes is helpful, and SURFCAM will automatically find those for you.”

“The best thing about SURFCAM is that it gives me the ability to control everything that I need to do to get the job done.”